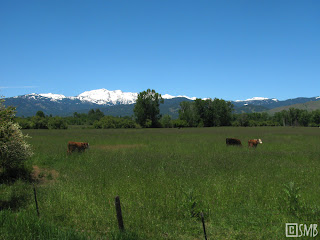 A typical Idaho/Oregon pastoral scene. Moo cows!
We took a ride on Saturday along a new route for both of us, through Hell's Canyon in a loop from Idaho to Oregon. Hell's Canyon is the deepest river gorge in the U.S. and we've been meaning to visit for some time. According to the map (below, from the "you are here" pointer), we went north on 71, turned south at Copperfield Park and followed 86 to Baker City, and from there back to Boise. 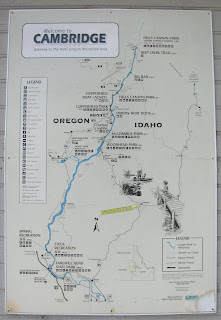 This big, nifty map was posted outside on the wall of a local gas station.
We didn't really know what to expect, though we'd heard this ride was lovely from several riders over the years. What we experienced, however, was nothing short of spectacular! The skies were bright blue, showcasing the brilliant snow capped mountains beautifully. The uncharacteristic intense rains of the past couple of months caused the meadows, hills and canyons to be blanketed in a lush, verdant green, and inspired the wild flowers to sprout in vast glorious armies, in dense thickets of yellows, whites, blues and purples. Of course I was too spellbound by those blooms to snap pix of them, but I did manage to capture a few incredible views... 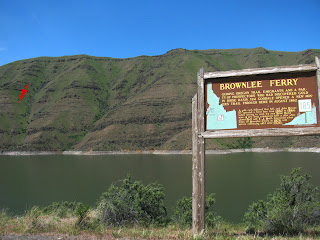 We rode past Brownlee Reservoir and stopped at this tourist site. The red arrow indicates the original narrow trail for those wagons, and you can follow that groove across the hills. The thought of two wagons butting heads unexpectedly gives me hives. 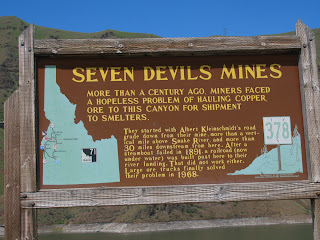 This sign was right next to the one above. Idaho is rich in gems, minerals and precious metals, thus being nicknamed "The Gem State." It also is one of two places where star garnets can be found and - as yet - the only place where six-pointed star garnets have been found. 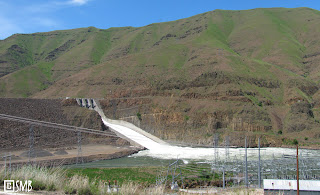 Brownlee Dam with a flowing spillway. We've had lots of rain this year, and there's still the snow melt! 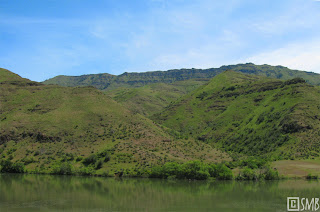 As we rode down the road along the spillway and into Oregon, I was dazed by the greenery and the glassy surface of the Snake River. Further on, we rode through a bit of Payette National Forest and the landscape was stunning. For your enjoyment, following are various shots I took throughout the day as we drove through Oregon and back to Idaho, in no particular order... 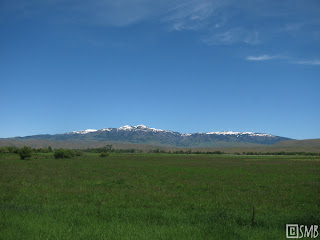 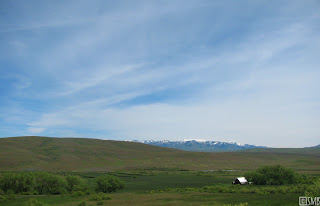 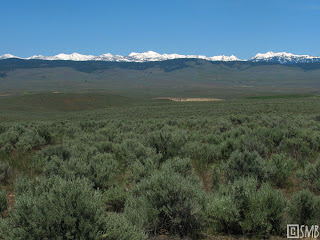 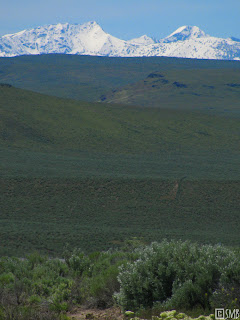 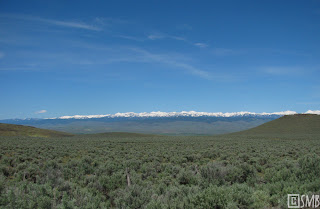 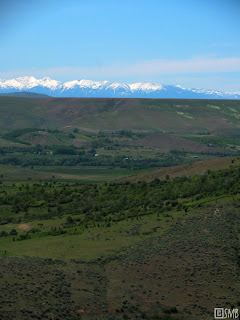 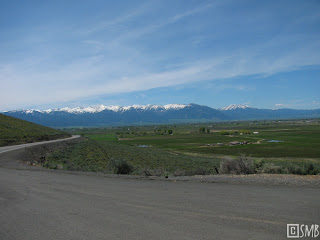 We dropped into Baker City to catch the interstate back to Boise. We plan to get a hotel some weekend to use as a hub to explore the gorgeous country in that area in future rides. Baker City was one of the locations where Paint your Wagon was filmed. 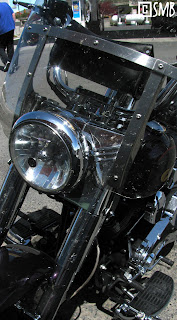 The inevitable gruesome bug splatter. Hubby will spend hours cleaning and polishing his bike after a trip like this, but don't feel bad for him. It's a kind of meditation he enjoys immensely.
As I mentioned, Idaho has experienced an uncommon amount of rain this year, with unseasonably cool Spring weather to go with it. It's as though Spring decided to take a vacation - again! The bikers have complained bitterly about this, since we're all used to sunny riding by the end of April. So as we crossed the Idaho/Oregon border, what struck us was the weather: the skies changed from cold overcast grey to warm brilliant blue! It was as though Oregon commandeered our Idaho weather for the weekend. All in all, it was a wonderful day and fun adventure! Thanks for the great time, Ham!
"In wisdom gathered over time I have found that every experience is a form of exploration." ~ Ansel Adams

Posted by SARAH MINKIEWICZ-BREUNIG at 8:23 PM